I have a lot of painting to do but clearly, this has not been the time. I have been staying at a hospice center with my mom, waiting for my dad to pass. So, instead of painting, I turned to my sketch book to help break up the hours and record memories as my family waited and took turns holding his hand.


I got in trouble at the Metropolitan Museum of Art the other day. As a rule, I try to avoid trouble, but sometimes it just happens anyway. 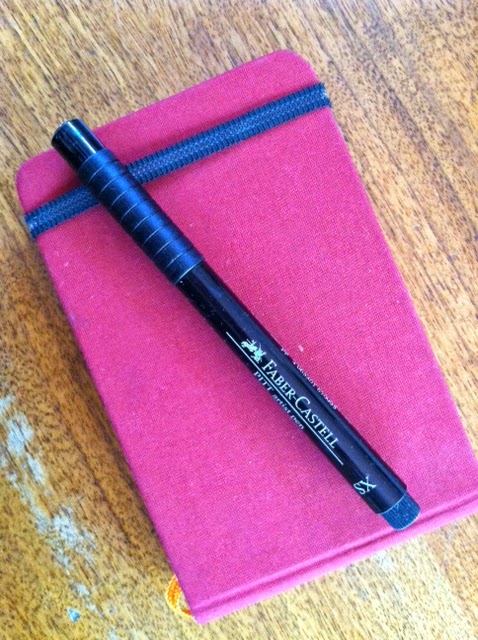 I planned this visit to the museum with my drawing pen and sketch book in hand, ready to sketch paintings that caught my eye. Drawing works of art from the masters forces me to really look at the painting and study it more closely than I would if I just gazed at it or took a photograph.

After completing "Head of a Young Woman", I moved to the next room and began "Portrait of a Man". All was going well with this stylish young man who boldly faces the viewer with confidence and determination when a guard appeared out of nowhere and asked me what I was drawing with. I thought he was just trying to strike up a friendly conversation.

I was so surprised I just stood there. He walked away and I continued to stand there thinking that maybe my drawing time was over. But no. Wait. It can't be over. I was really enjoying this special time, studying and drawing. Could I really give up so easily? No, I could not. Quickly I sprang into action, asking another guard (someone who didn't know my past) where the nearest exit was out of this incredible art maze. I tried not to run down the long flight of steps to the bookstore on the main level. I quickly purchased this fine drawing pencil, complete with the museum logo. A keepsake that I never knew I wanted. 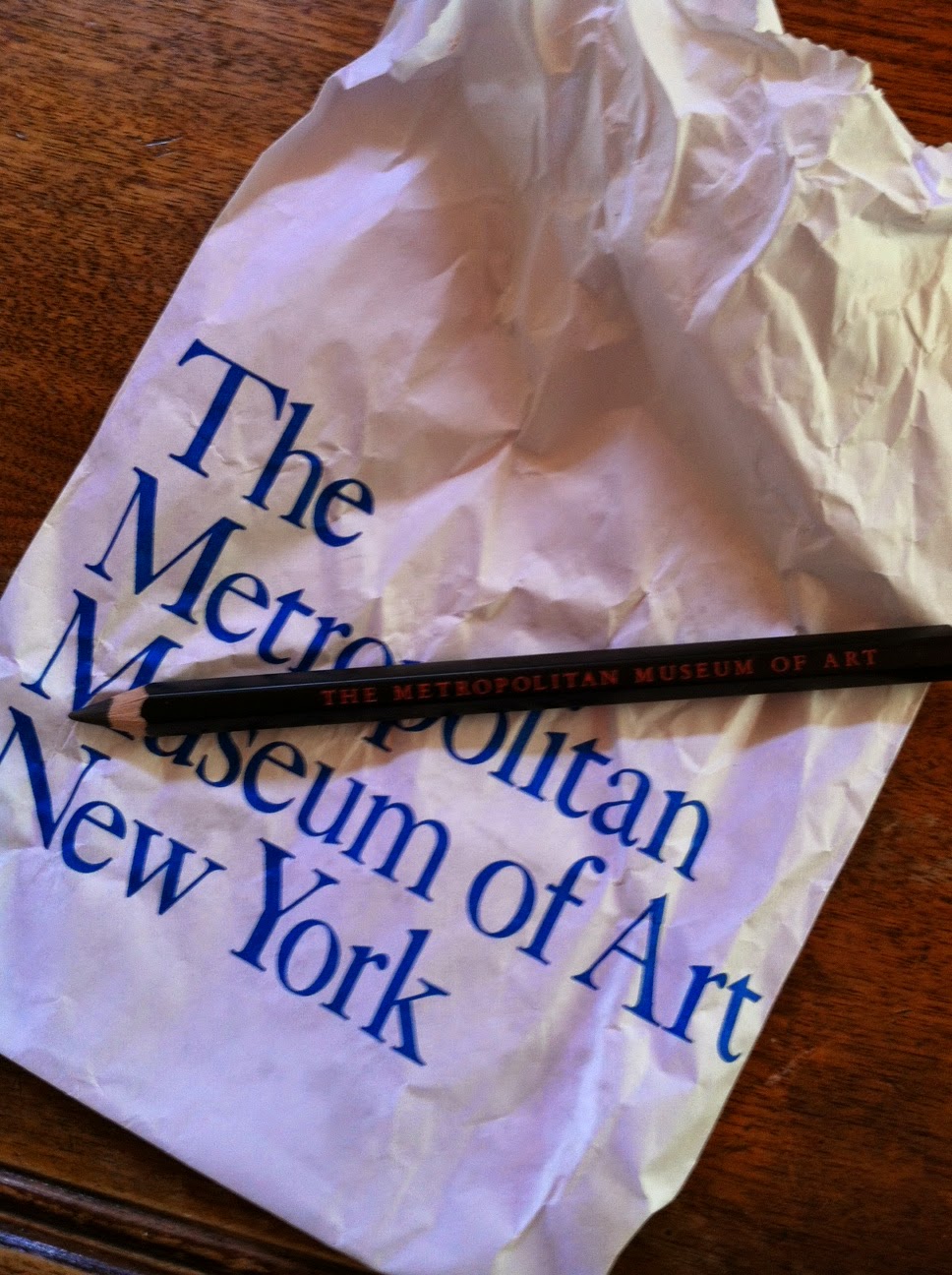 And then it was back to the "Portrait of a Man", now a mixed media sketch. Pen and graphite.

My final sketch of the day was this interesting portrait of "Maria Teresa". Her hair was adorned with translucent, crescent shaped ribbons woven into her massive waves. She was so much fun to draw. Velasquez must have had a blast. 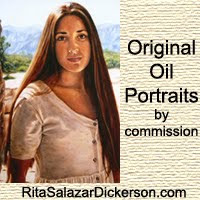 Welcome to my painting journal!

Rita Salazar Dickerson
As Pablo Picasso said, "Painting is just another way of keeping a diary.” My love of art started early in life, for as long as I can remember I have enjoyed creating. And ever since I was a little girl, I knew I was meant be an artist. Born and raised in Grand Junction, Colorado, the middle of seven children, I was encouraged by my artistic parents (my father, a painter, and my mother, a culinary artist in her kitchen) to be myself and pursue my dreams. As a result, I never had any fears or doubts when it came to exploring new avenues in art. Most of my time is now spent on commissioned portraits and landscapes in oil, although I still have occassional opportunities to work in other mediums such as acrylics, pen and ink, watercolors, pencil and charcoal.

The Power of the Cross